Academy Award-winning composer, musician, actor and comedian Bret McKenzie has been announced as a Guest Curator for the 2020 New Zealand Festival. Best known as one half of Grammy Award-winning Flight of the Conchords and musical supervisor for The Muppets and Muppets Most Wanted movies, he is joining Lemi Ponifaso as the second of three Guest Curators brought on as part of the New Zealand Festival’s fresh approach to the 2020 programme. Here, we talk to him about his upcoming guest curator role. 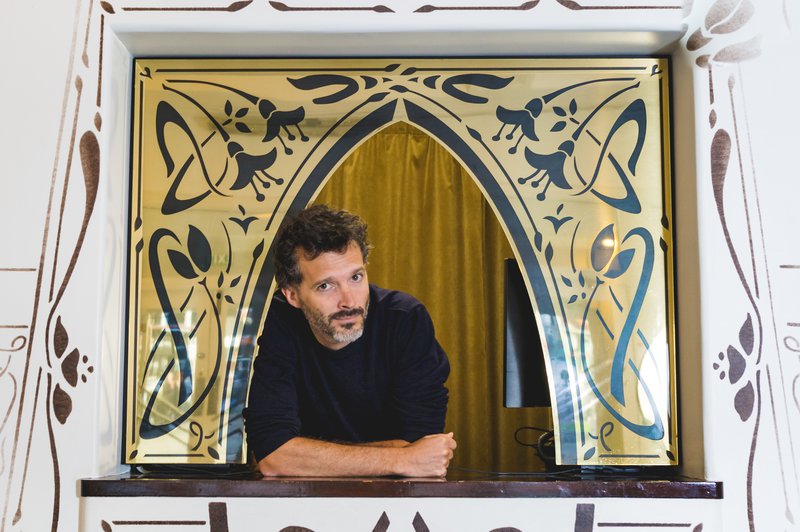 So Bret, what was your reaction when you were asked to be a Guest Curator for the 2020 New Zealand Festival?

I was really excited - I love the Festival, I’ve grown up in Wellington and have always enjoyed going to shows. My Mum took me to shows as a kid, and when I was in my 20s doing theatre we all used to go to them together. I have such fond memories of Wellington just coming to life for those few weeks.

I remember one, I must have been really young. We went to this show down near the ferry terminal and the show was these Fiat Bambinas driving around with the actors inside the cars telling this insane story. As a kid it totally blew my mind and I still remember it really well. That same company came back a few years later and did a show in the Chaffers supermarket carpark. For the first half you watched the show and in the second half the stage turned around and you watched the show from backstage. It was an amazing production.

How are you approaching your NZ Festival Guest Curator role?

I’ve never curated a festival before so it’s all quite new to me. What I’ve done is looked back and thought about what I love about going to the Festival. I want to create something that’s family-friendly as I’ve been looking for activities to do with my kids recently. I also want to connect international artists with local artists. I did this big Muppet concert in Wellington last year and one of the great pleasures of that was connecting Wellingtonians with Chris Caswell, an American composer, and New Zealand and American puppeteers. I loved that connection and I’m hoping to find ways to do that again.

There’s a very Wellington story behind your commission of a new visual arts installation work being created in the Kāpiti coast by Kiwi artists Kemi Niko & Co. Tell us about that?

A few years ago New Zealand artist duo Kemi Niko & Co [by Kemi Whitwell and Niko Leyde] did an installation in Wellington where they built these sustainable miniature huts and scattered them around the hills of Wellington and the south coast. You got a treasure map where the treasures were these little huts, and when you looked through their windows they told a little story. One day I was running in Mount Cook and bumped into the artists. They told me they were fans of mine and I told them I was a fan of theirs and that we had been looking for them to do something with the NZ Festival. So, they’re working on it at the moment.

One of the key events in your Festival series is a new work you are making with the National Theatre in UK, a musical version of George Saunders’ cult story, The Brief and Frightening Reign of Phil. Tell us about how that project came about?

When I got asked to look at this adaptation of a George Saunders’ book by British theatre director, Lindsay Turner, I was so excited by the insanity of the story and the challenge of turning it into a show. It’s quite a surreal political story where the world it’s set in isn’t real, and it feels very politically relevant today. The way these musical theatre shows get developed is we do little workshops and tests and I thought that instead of testing the show in London or America, we could test it in Wellington. It will be a work in progress where we’ll re-write during the day and it will evolve as the Festival goes on.

What do you want to see come from your Guest Curator role?

I’m curating the Festival for one week of the three weeks and I would really love the city to come to life, it’s one of my fondest memories of the Festival being in town. The connection of people going out, meeting each other and the artists. Wellington can feel quite sleepy through winter and when the Festival comes round in the summer, the city really thrives.